On February 25, 2019, the opening ceremony of the construction of a new extraction shop was held at the Orelmaslo plant.
The company Reztoff acted as the General Contractor for the implementation of this project. The contract was a continuation of cooperation with JSC Orelmaslo: previously, work was carried out on the manufacture and installation of metal structures for the oil cake storage warehouse (132 tons).
We started building the extraction shop in March 2019 and it was fully built in April 2020. In August 2020, the new workshop of the Orelmaslo creamery underwent commissioning, and in October it was launched. The capacity of the creamery taking into account the new shop will be 400 thousand tons per year. 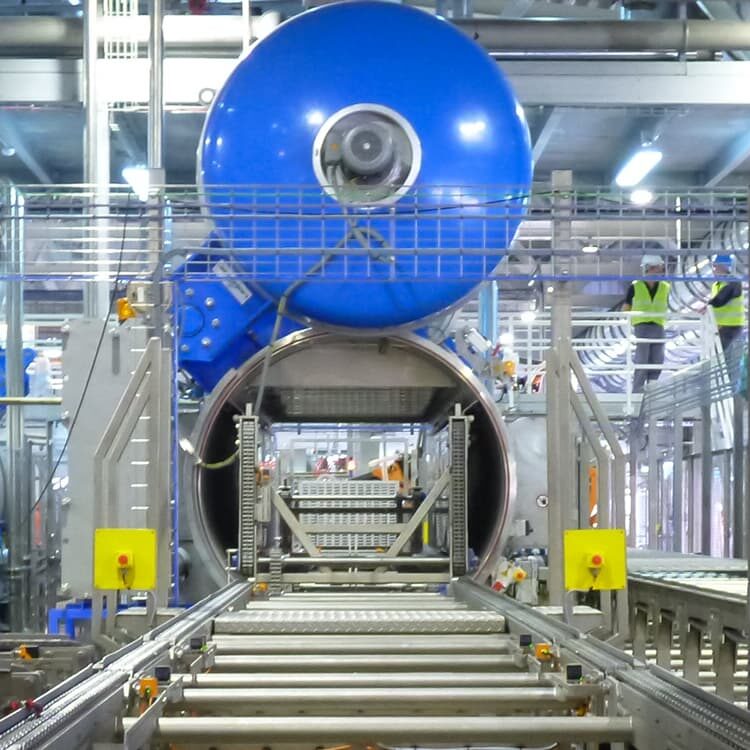 The construction of the distributional center for the factory “Nestle Purina Petcare” (production branch of Nestle Russia). Kaluga Region, Borovsky district. There are works performed on “System of tray loading” equipment installation. All mounting, electrical and commissioning works have been carried out by two engineers of the LAN Handling Systems company jointly with specialists of our company in the shortest possible time according to the signed contract. Terms of performance of works on object: January — December, 2012, January, October — November, 2013, January — February, 2014